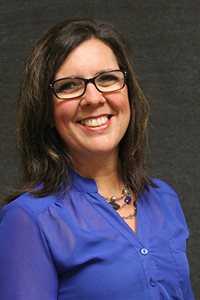 Phillips, along with her daughter, Victoria Knudtson, will perform a recital together on piano and French horn on November 19 at 7 p.m. in the Recital Hall located in the Odvin Hagen Music Center.

“We are so pleased to kick off a new series within our Department of Music by showcasing our faculty’s talent,” said Waldorf University Associate Professor and Department of Music Chair Dr. Frederick Umar. “Melissa is an extremely talented pianist, and her daughter is highly accomplished on French horn, where she’s earned many distinctions. This concert is going to be a great way to kick off our faculty artist series with an amazing showcase of musical talent.”

Phillips has been an adjunct professor of piano at Waldorf University since 2010. In this role, Phillips teaches piano classes, one-on-one piano lessons, and accompanies vocal lessons, recitals, musicals and choirs.

Phillips holds a bachelor of arts degree in music education with piano emphasis from Wartburg College in Waverly, Iowa. In addition to her work at Waldorf, Phillips has extensive work experience with the Yamaha Corporation of America as a seminar instructor, and she has contributed her written work to Yamaha publications that provide teaching tips and insights for Yamaha teachers throughout the United States. Phillips remains connected with Yamaha Corporation by serving as a Yamaha Music Education Specialist where she observes and evaluates new Yamaha teachers.

Phillips also maintains her own piano studio, teaching young children through teens. She involves her students in her studio recitals as well as the local piano festival and the district piano competition.

Phillips is a member of the Music Teachers National Association as well as the Iowa Music Teachers Association. She is currently the coordinator for the local piano festival, held at Waldorf University in January of each year.

Victoria Knudtson is in her final year at Indiana University Jacobs School of Music as she pursues her bachelors in music in horn performance under the tutelage of Jeff Nelsen. Thanks to the horn department at the Jacobs School, she also benefits from the occasional pedagogy of Dale Clevenger and studies early music performance on the natural horn with Richard Seraphinoff. Having started the horn at age 10, she played in band through high school. Then, at 16, she began her orchestral studies as a private student of Wayne Lu, who ignited her young musical career. Later pedagogues include Wolfgang Vladar of the Vienna Philharmonic, and Kendall Betts, formerly of the Minnesota Orchestra. At IU, she was awarded the Premier Young Artist Award and Scholarship for the Class of 2018 and the Camarata Scholarship.

Knudtson currently holds the position of Principal horn of the Columbus Indiana Philharmonic. In 2015, Knudtson won the IU Brass Concerto Competition for her performance of R. Strauss' 1st Horn Concerto, and was rewarded with a performance with orchestra under the direction of Daniel Boico. She was invited to perform in the Outstanding Soloist Showcase at the 2013 IHSMA Solo contest, and was honored as the featured soloist at the Dorian Music Festival held at Luther College. She was a two-time finalist in the Schubert Club Competition in St. Paul, Minn. in 2013 and 2014.

The performance is open to the public and there is no fee to attend.